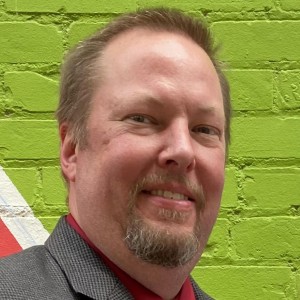 MSU Summer Theatre is preparing for its 56th Season with a focus, as always, in recruiting local talent to perform. Summer Theatre’s 56th Season will see a lot of exciting changes including more renovations: adding aisles to seating so patrons don’t need to squeeze past each other to get to the center seats and piping the bathroom facilities into Minot water.  As a result of this construction, Summer Theatre is prepping for a three show season to allow for the renovations to be completed and to get a feel for the accommodations that will need to be made with COVID 19.
Though fewer shows are planned, the 56th Season will see the same amount of performances. “We’re excited to use the stage, after performing mostly online last season,” says Chad Gifford, MSU Summer Theatre’s Artistic Director. “What we will need to make this work though is a strong audition pool from the area, as we don’t plan to hire as many folks from out of town this season because of COVID and its unpredictable nature.” Gifford says they’ll need costuming crew, set designers, and actors to get the job done. “MSU Summer Theatre has always been a community theatre and this season will be no different, we’re really hopeful that people choose to make a show a part of their summer this year,” says Gifford.
Local talent are encouraged to audition whether you’re 9 or 99. Shows being considered are: Roald Dahl’s Willy Wonka, The Game’s Afoot: Holmes for the Holidays, I am Shakespeare, The Sound of Music, 9 to 5 and Something’s Rotten with tentative show dates of June 16-26, July 7-12, July 21-31.  “Auditions are pretty simple,” says Gifford, all we’re asking for is about 1.5 minutes of an audition, one part comedic monologue and the other part accompanied song.”
This year auditions will be held by video submission. For more information on auditions visit: MSUsummertheatre.com.  Audition videos and resumes for crew work will be accepted starting March 12th and ending on March 26th. If technology is an inhibiting factor, an in person audition can be scheduled by appointment with Chad at chadgifford@gmail.com.